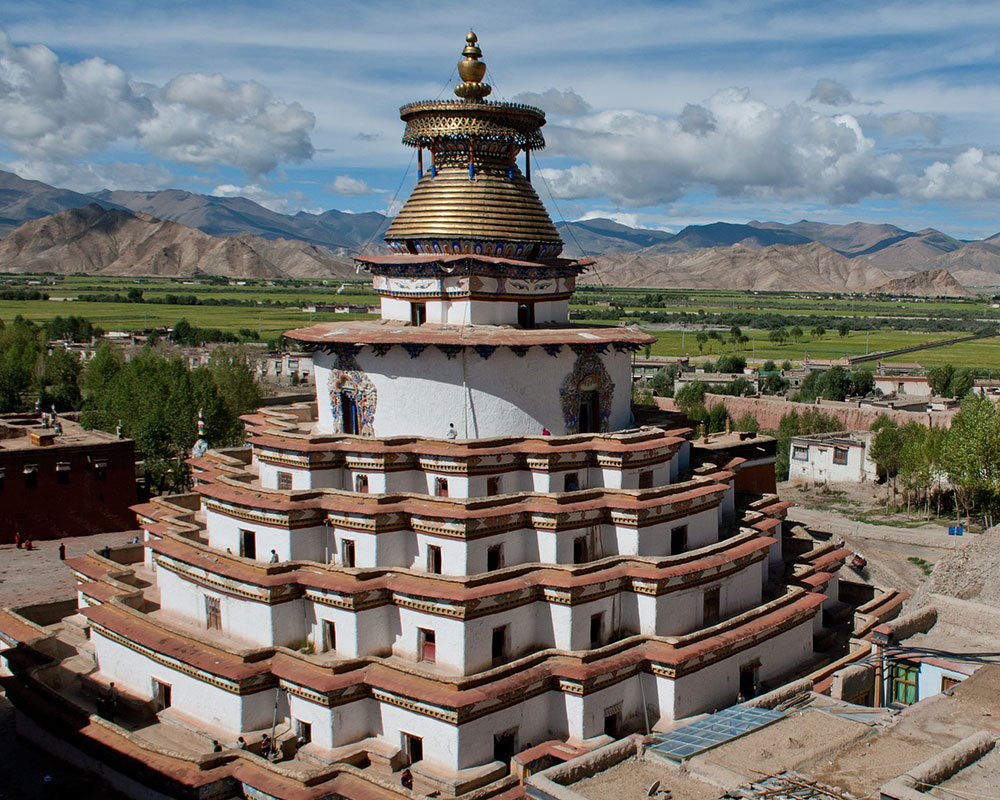 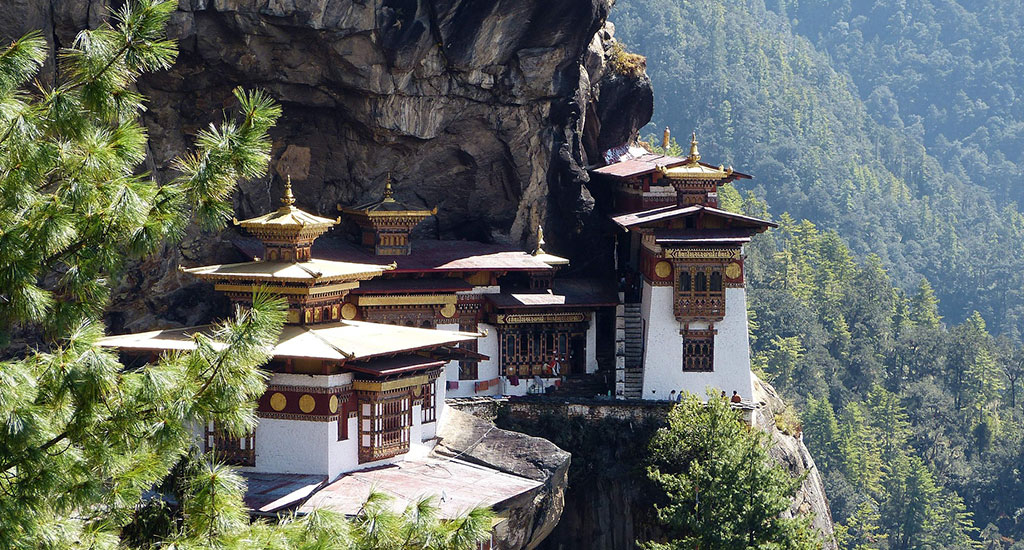 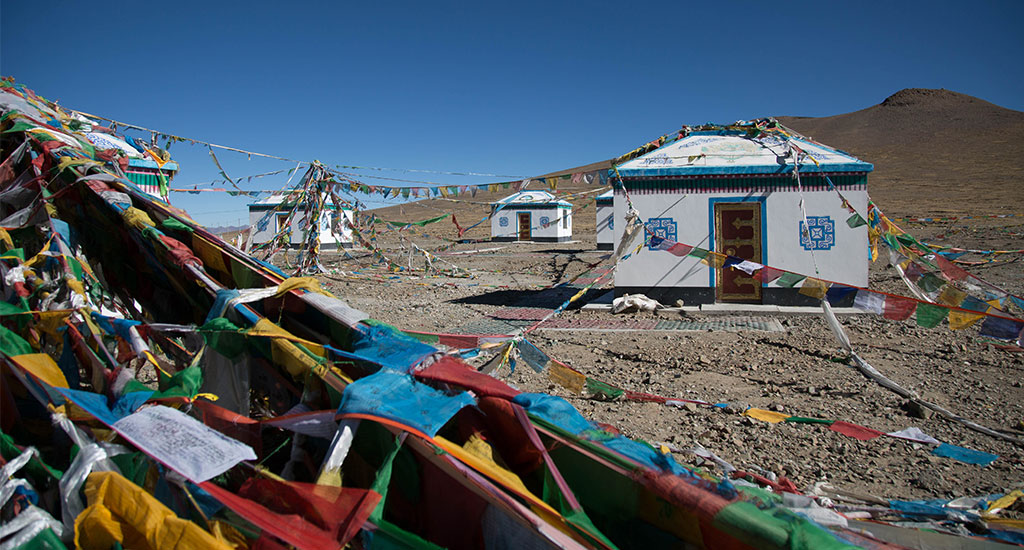 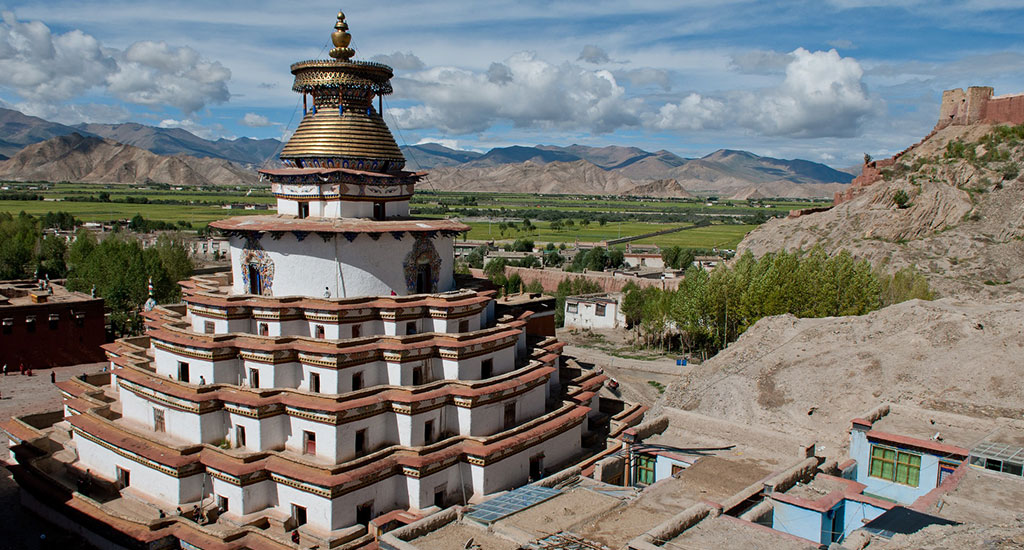 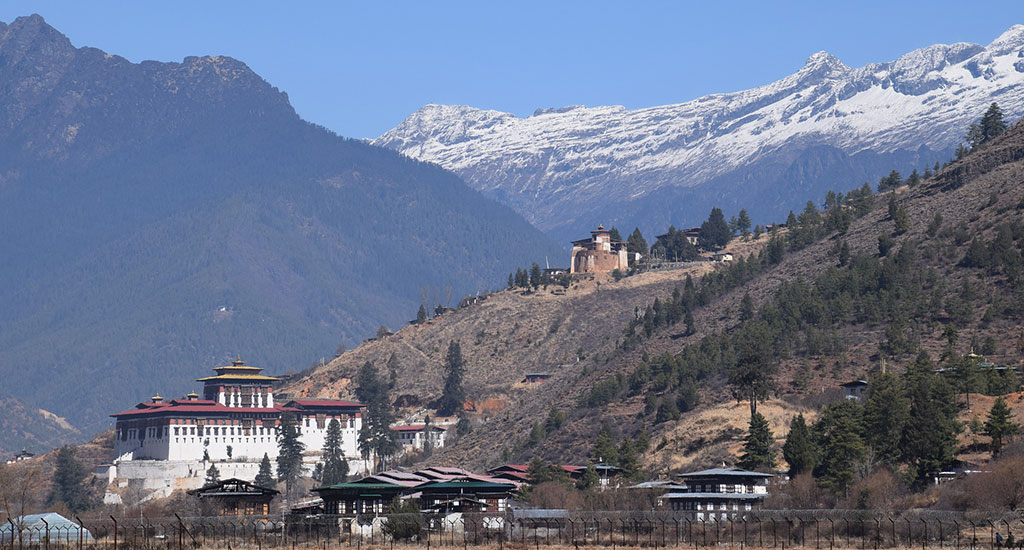 It is a panoramic thrill flying into Kathmandu on a clear day. The views of snow-capped mountain peaks sprawling down below you are almost ecstatic, beginning a whole chain of memorable experiences that stay with you for a long, long time. A representative and driver from our office will meet you at the airport and escort you to your hotel. The representative will help you check into your designated hotel. At the hotel you will be briefed about your daily activities.

Welcome drinks will be served at the hotel.

After breakfast transfer to the airport and fly to Paro.

Arrive by Druk air, the only national carrier. The flight offers you beautiful view of mountains and landscapes. On arrival and after visa formalities you will be received by ITT members and transfer to Thimphu (54 kms, 1 & 1/2 hrs).

After breakfast commence the sightseeing tour.

Drupthob nunnery temple, Visit Tashicho Dzong, the main secretariat building, houses the main government departments, all the Ministries, the National Assembly Hall, the office of the King and the Throne Room and summer headquarters of the Central Monastic Body & Buddha Point (Kuensel Phodrang). Located at a short drive from Thimphu city centre, visitors can get a good overview of the Thimphu valley from the Buddha point (Kuensel Phodrang). You can pay your obeisance and offer prayers to the Buddha, the largest statue in the country and then walk around and take a glimpse of the valley.

After breakfast early morning drive to Paro & proceed Day hike to the Taktsang monastery (Tigers Nest). The hike which is all the way uphill takes about 3/4 hours through pine forests (total walk 4/5hrs) . The monastery clings to a huge granite cliff 800 meters from the Paro valley. It is believed that the great saint Padmasambhava came in the 7th century on a flying tigress and meditated in a cave for 3 months. The demons were subdued who were trying to stop the spread of Buddhism and converted the Paro valley into Buddhism. During the end of the 17 century a monastery was built on the spot where the saint mediated and it is a pilgrimage site for every Bhutanese to visit once in their life time.

Transfer to airport where the guide will help you with the final departure formalities.

Arrive Kathmandu and transfer to Hotel.

BHAKTAPUR CITY: Also known as city of devotees, Bhaktapur is the home of medieval art and architecture. Lying 14 kilometres/9 miles east of Kathmandu City, this place was founded in the 9th Century and is shaped like a conch shell. The city is at the height of 4,600 ft. above sea level. In Bhadgaon, you will visit the Durbar Square with the Palace of 55 windows built by King Bhupatindra Malla. The famous five-storied Nyatapol temple on the terraces of which stands a pair of figures - two goddesses, two strong men, two elephants, two lions and two griffins is the tallest temple in the valley and was also built by King Bhupatindra Malla. It is one of the best examples of Pagoda styled temples.

After breakfast transfer to the airport and fly to Lhasa.

Upon arrival, you will be met and transferred to hotel, about 60km, 1 hour drive. Independent time to rest and acclimatize to the altitude. Lhasa- means holy land in Tibetan. Located on the northern bank of Lhasa River, a tributary of Yarlungtsanpo River, it is 3,650 meters above sea level. It is the capital city of the Tibet Autonomous Region and is a political, economic and cultural center of the region. It boasts many historical sites and scenic spots both in its urban areas and outskirts.

After breakfast commence the sightseeing tour.

Tour of Potala Palace, Jokhang Temple, Barkhor Bazaar & Norbulingka. Potala Palace is the cardinal landmark and a structure of massive proportion. This symbol of Tibet, an architectural gem built in the colossal monastic style of Central Tibet by Gyelwa Ngapa, the fifth Dalai Lama, in the 17th century, stands 300m above the valley atop the hill called Marpo Ri. The thousand rooms in Potala date from 1645 when the fifth Dalai Lama began erecting a palace that would serve as a sacred and administrative center. It served many succeeding Dalai Lamas and as one of Tibet‚s most impressive and enduring monuments, the Chinese Army of Red Guards protected it during the Cultural Revolution. As a result many of its chapels and treasures are intact, virtually unchanged since the 17th century Norbulingka Palace.

Afternoon: Tour of Jokhang Temple & Barkhor Street Jokhang Temple is in the heart of old Lhasa, most sacred temples in Tibet established in 7th century by King Songtsen Gampo, the King who brought Buddhism to Tibet. Barkhor Bazaar is the market place where everything is available, also good for people watching. Tibetans spin prayer wheels and shop as they circumambulate. Good for shopping everything from trinkets to tantaric ritual objects.

Norbulingka is the summer palace of His Holiness Dalai Lama. The 8th Dalai Lama designated it as a summer retreat but the majority of the buildings were not erected until the reigns of 13th and 14th Dalai Lamas. Every year as the chill air warmed, the Dalai Lama would leave Potala in a grand procession for six months residence in the Norbulingkha. It is worth a visit and the park is a great place to be at festival times and public Holidays.

About 8km to the west of central Lhasa, Drepung, one of the world's largest monastery was built in 1416 by Jamyang Choje a pupil of Tsongkhapa, the founder of the Gelugpa Sect. Drepung literally means “Rice Mountain,” after the famous and very large Danayakataka Stupa in South India where Buddha originally taught the Kalachakra Tantra. Prior to 1959 Drepung ranked as Tibet's largest monastery, sometimes with a population exceeding 10,000 monks. It also served as the residence of the early Dalai Lamas, until the Potala Palace was constructed in 1645. The second and third and the fourth Dalai Lama lived and were entombed here. Suffering only minor damage during the Cultural Revolution Drepung has plenty of historical relics, Buddhist scriptures and arts.

In the afternoon, drive to Sera monastery, the 15th century sprawl of golden roofs and whitewashed walls is situated on a mountain slope, few miles north of Lhasa city. This monastery belongs to the Gelugpa sect and is one of the three great monasteries of Tibet, the other two being Drepung & Ganden. Sera were hard hit during the Cultural Revolution owing to its resident's active participation in the 1959 uprising. The highlight of the visit to Sera would be to witness the monks debating out in the courtyard.

After having a delicious breakfast at the hotel you will be transferred to the airport in time to catch your flight to Kathmandu.

Patan is believed to have been built in the third century B.C. by the Kirat dynasty later expanded and enriched by the Licchavi and the Malla rulers in the medieval period. Patan Durbar Square, like its counterpart in Kathmandu, is an enchanting mélange of palace buildings, artistic courtyards and graceful pagoda temples. The former Royal palace complex is the centre of Patan’s religious and social life, and houses a beautiful museum. One remarkable monument here is 16th century temples dedicated to the Hindu god Krishna, built entirely of stone.