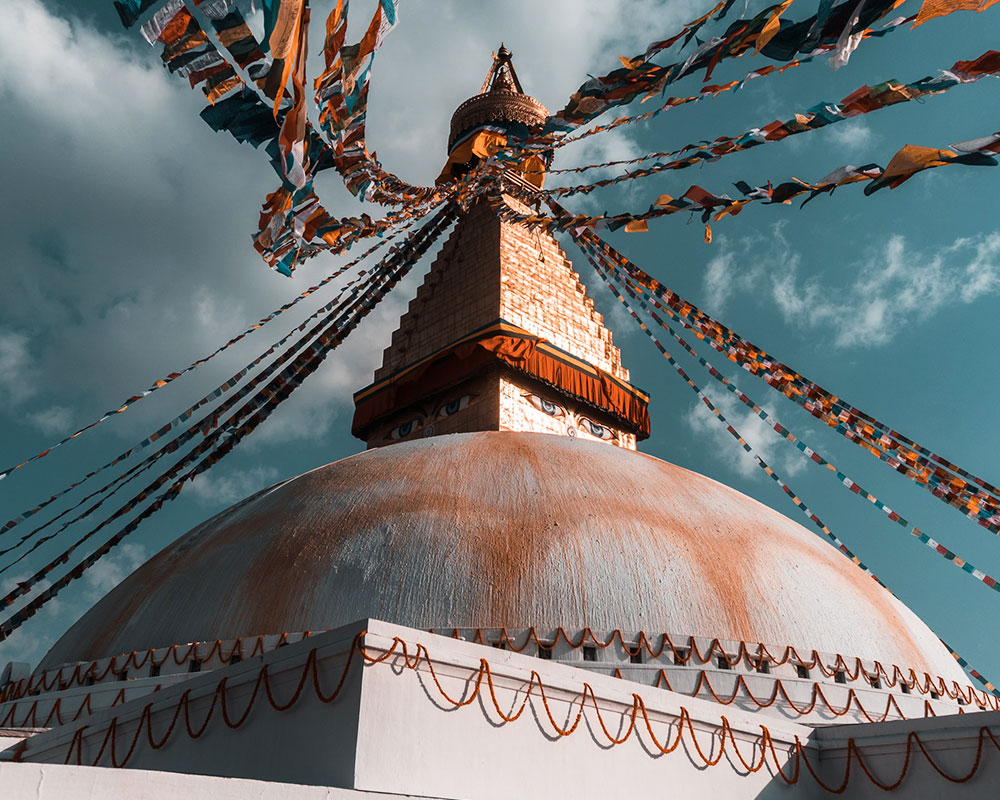 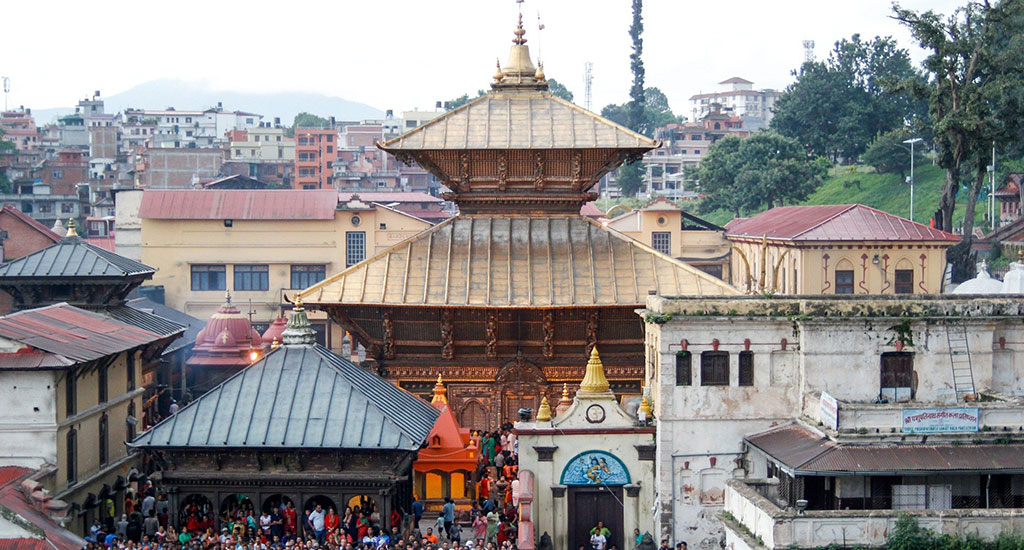 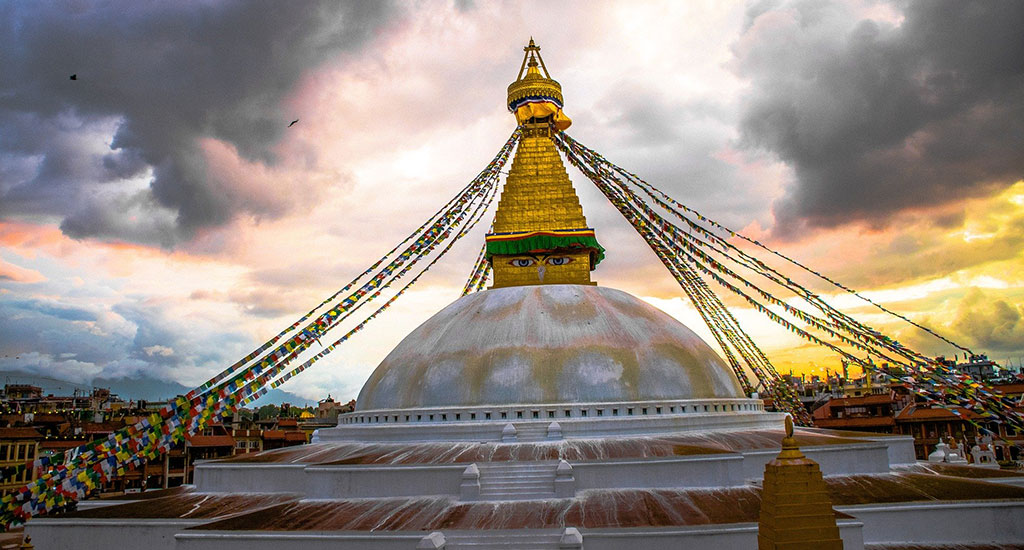 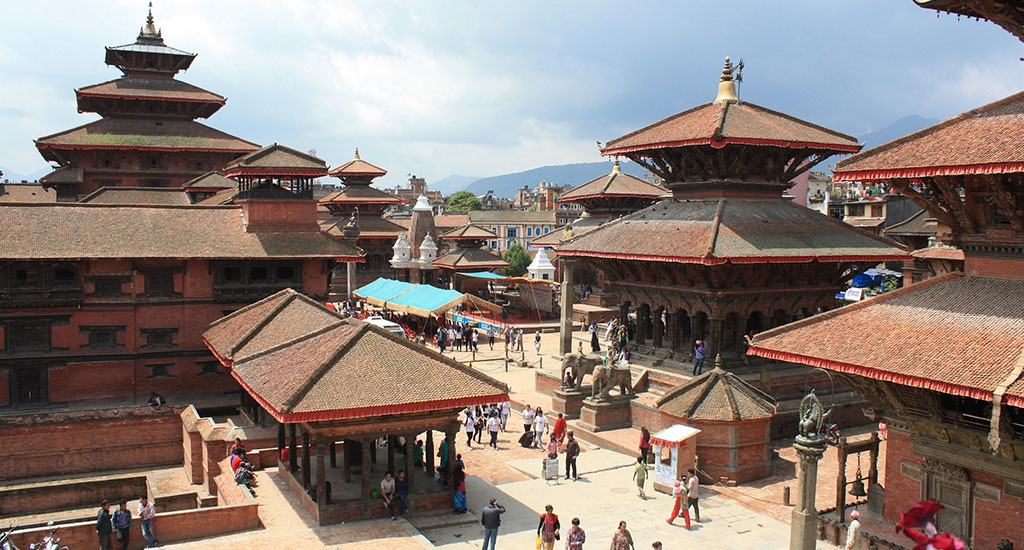 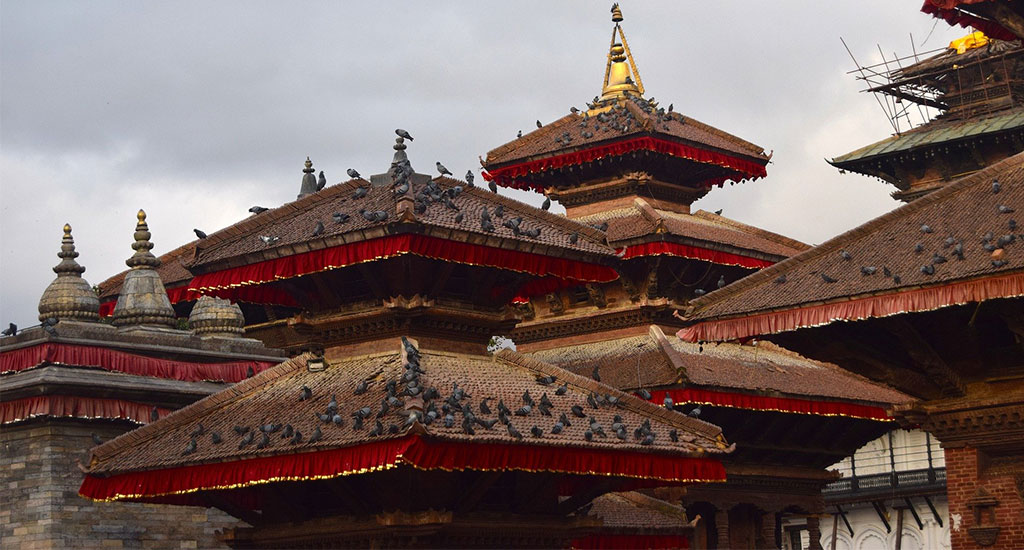 Welcome to Nepal! On arrival at the Airport, our representative will greet you at the airport and drive to hotel in Kathmandu and help you check in. You will then be briefed about your daily activities.

After breakfast at the hotel, later proceed for below mentioned sites.

SWAYAMBHUNATH Said to be around 2000 years old, this Buddhist Stupa sits atop a hillock 02 kilometres west of Kathmandu overlooking the valley. The oldest written reference to the stupa dates from the 5th century, but it could have existed much earlier. Moreover, a legend has it that the stupa evolved spontaneously at the time of the Kathmandu valley's creation.

Swayambhunath is famously known as the 'Monkey Temple' owing to the presence of a large number of monkeys around the area.

KATHMANDU DURBAR SQUARE The core durbar square with its arrays of temples, courtyards, monuments and the ancient palaces of the former Nepali Royals is located in Basantapur in the heart of Kathmandu city, the country's capital. Chief attractions here include Hanuman Dhoka Royal Palace, the magnificent Taleju Temple towering more than 40 meters; Kumari Ghar, the residence of the Living Goddess, Kumari; the temple of Ashok Vinayak dedicated to lord Ganesh (elephant headed deity), and Kal Bhairav, the God of Wrath. There is a giant pagoda of 'Kasthamandap', a structure which is said to have been built out of a single tree. The name of the capital 'Kathmandu' is said to be actually derived from 'Kasthamandap'.

PATAN DURBAR SQUARE Located 5km southeast of Kathmandu, the Patan city popularly known as 'the city of artisans' accommodates a magnificent square housing the palace buildings of the then royals, artistic courtyards and graceful pagoda temples – a display of Newari architecture that had reached its pinnacle during the reign of the Malla kings. It is filled with wood and stone carvings, metal statues, and ornate architecture, including dozens of Buddhist and Hindu temples, and over 1200 monuments.

After breakfast at the hotel proceed for sightseeing tour of below mentioned sites.

BHAKTAPUR DURBAR SQUARE Bkhaktapur is located 12 km east of Kathmandu, Bhaktapur or Bhadgaon literally meaning 'the City of Devotees' is the smallest city in the Kathmandu valley. Its Main Square or 'Layaku' is famous for the 15th century Palace of 55 Carved Windows with the Golden Gate as a royal entrance. In front of the palace building are innumerable temples and architectural showpieces including the Lion Gate, the statue of King Bhupatindra Malla mounted on a giant stone pillar and the stone temple of Vatsala Devi; another beautiful example of Shikhara-style architecture. There is a bronze bell on the terrace of the temple, which is also known as the Bell of Barking Dogs. This was erected in 1737 by King Ranjit Malla; its sounding announced the beginning and end of a daily curfew.

BOUDHNATH One of the oldest and the biggest Buddhist monuments ever built in Nepal; Boudhanath is a spherical stupa structure imposing at a height of 36 meters with three massive Mandala style platforms. Located 08 kilometres east of Kathmandu, the stupa with four pairs of eyes at the four cardinal directions is believed to be keeping watch for righteous behavior and human prosperity. Built on an octagonal base inset with 108 prayer wheels, the shrine is ringed by the settlement especially of the Tibetan refugees who entered Nepal in the 1950s. They have developed the place into a 'Mini-Tibet' ever since.

PASHUPATINATH Pashupatinath Temple dating back to 400 A.D. is one of the oldest temples dedicated to Lord Shiva- the superior god as per Hindu mythology. Situated 5 km. east of Kathmandu amidst a lush green natural setting on the bank of the sacred Bagmati River, the temple is built in a two storey Pagoda design with gilded roof and richly carved silver doors. It houses the sacred linga or phallic symbol of Lord Shiva.