The Royal Bardia National Park was initially a Royal hunting reserve. It was in 1976 that it was gazetted as Royal Karnali Wildlife Reserve with an area of only 368 sq. KM in 1982, It was renamed as Royal Bardia Wildlife Reserve Which also included the Babai River Valley. It was only in 1988 that is was granted a status of National Park in order to preserve the dwindling species of rare ecosystem, including flora and fauna, particularly the tiger and its other prey species. This park is the largest and most undisturbed wilderness area in the terai p[providing excellent habitat for most of the endangered species of wildlife and birds. The park now covers an area of 968 sq. KM. It was only 1994 basic facilities existed for independent visitors. It has extensive and varied wildlife-all endangered rhinoceros, Wild elephants, The Royal Bengal Tiger, Swamp deer, Black buck, Gharial Crocodile, Gangetic Dolphins.

More than thirty different mammals, over 400 species of birds, many snakes, lizards, and fish have been sighted and recorded in the park's forest, grassland and river habitats. 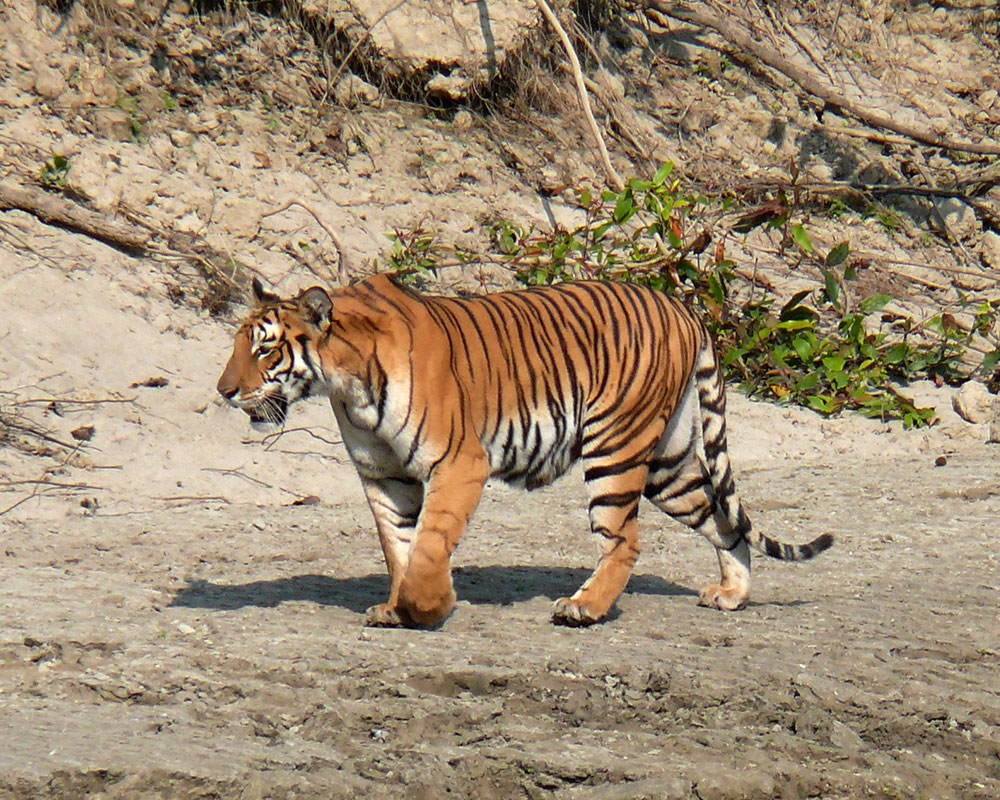 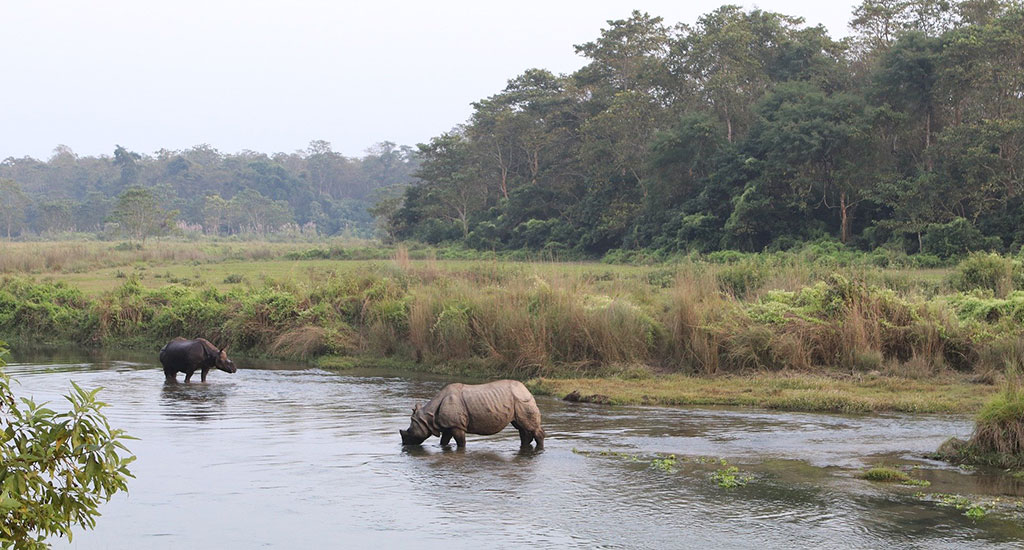 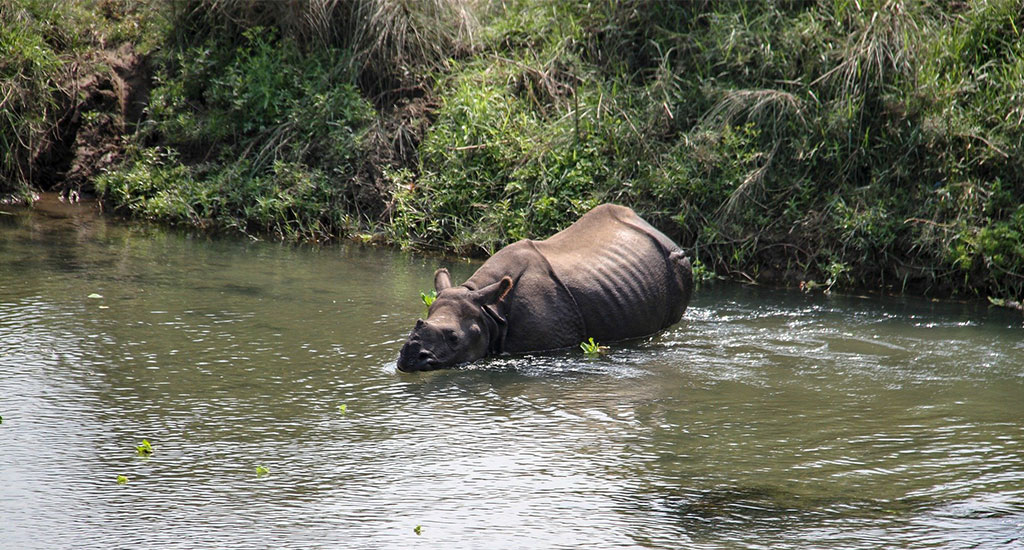 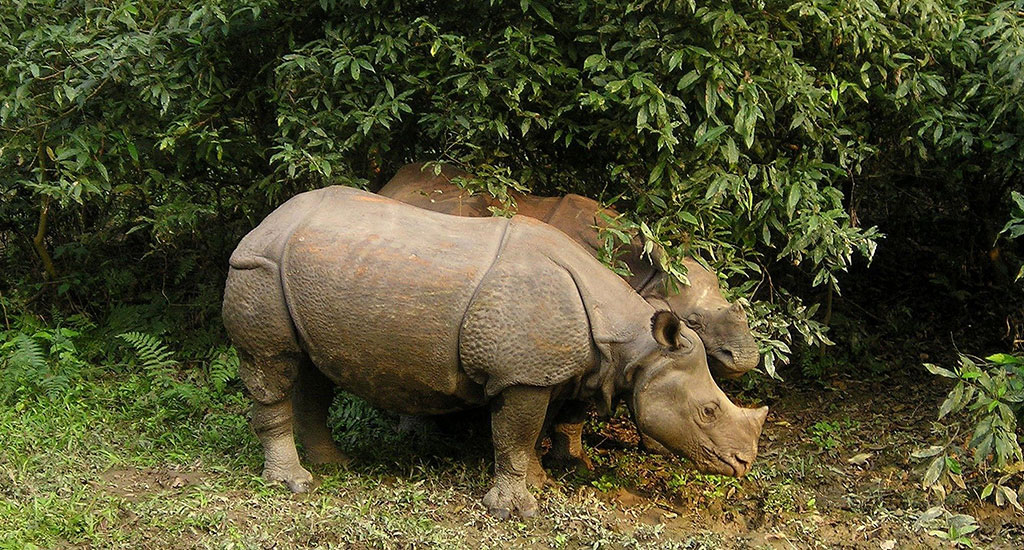 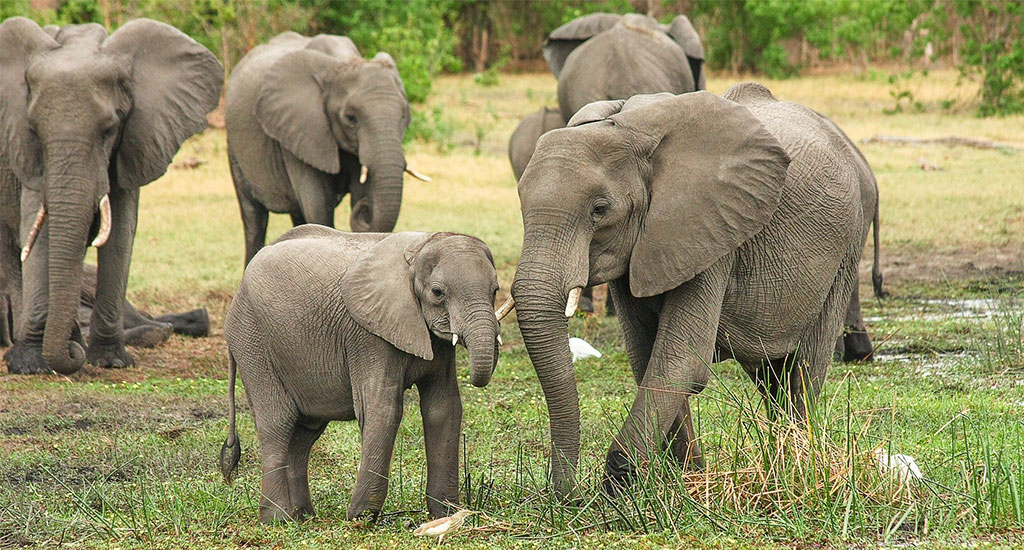 FLY TO NEPALGUNJ /DRIVE TO BARDIA

FLY TO NEPALGUNJ /DRIVE TO BARDIA

Transfer to domestic airport fly to Nepalgunj, our staff will receive you. You will then be transferred to our Lodge where you will be offered refreshment and be given a briefing on our lodge and its facilities. After being given your programs for the day your room will then be allocated to you.

PM: Village tour to a nearby ethnic Tharu village where you will learn more about the life and life style of the Tharus.

Elephant ride (for an hour), an excellent opportunity to get the lifetime experience on the elephant back and to see the wildlife of the Park. Visit to visitor Center, Crocodile Breeding Center and Tharu Cultural Museum.

Jungle Walk. An excellent opportunity to see the wild animals, small mammals, birds and waits in the tower (Machan) to have the wild sightseeing, accompanied by our experienced naturalists and wild life tracker. Excellent photographic opportunities are plentiful.

Tiger tracking and Bird Watching. An excellent opportunity to see a Royal Bengal tiger and a great many species of birds found in Bardia.

Jeep Drive. An excellent opportunity to see wild animals and you will also encounter many other smaller mammals that have made Bardia their home.

Departure flight back to Kathmandu.