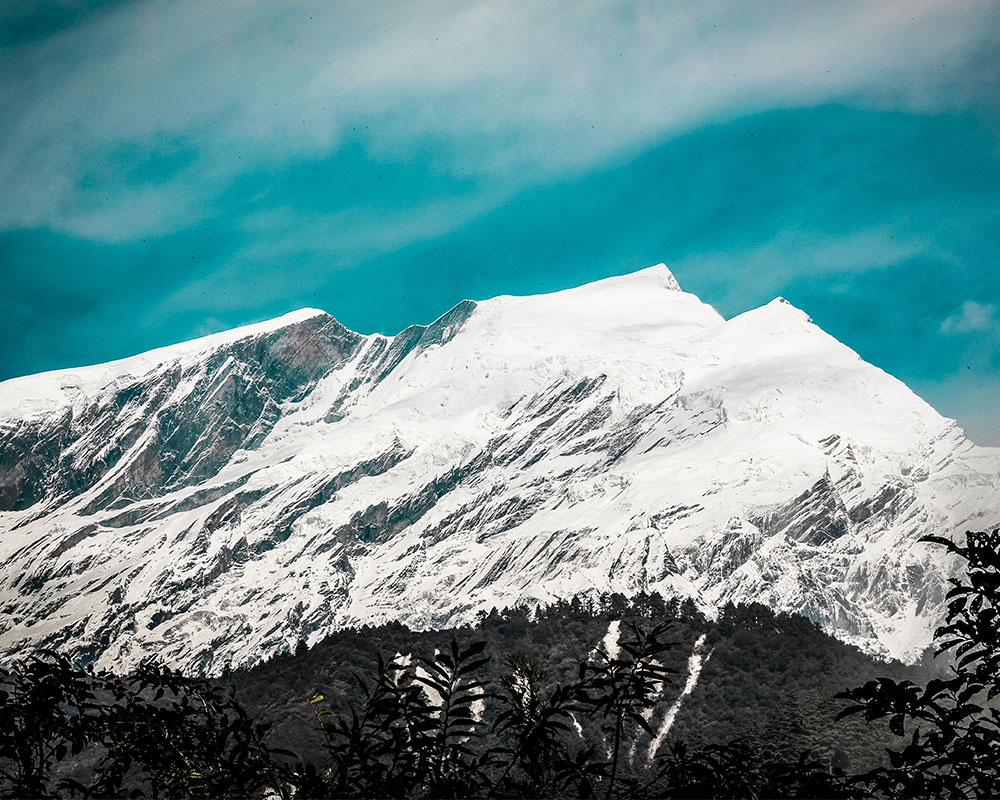 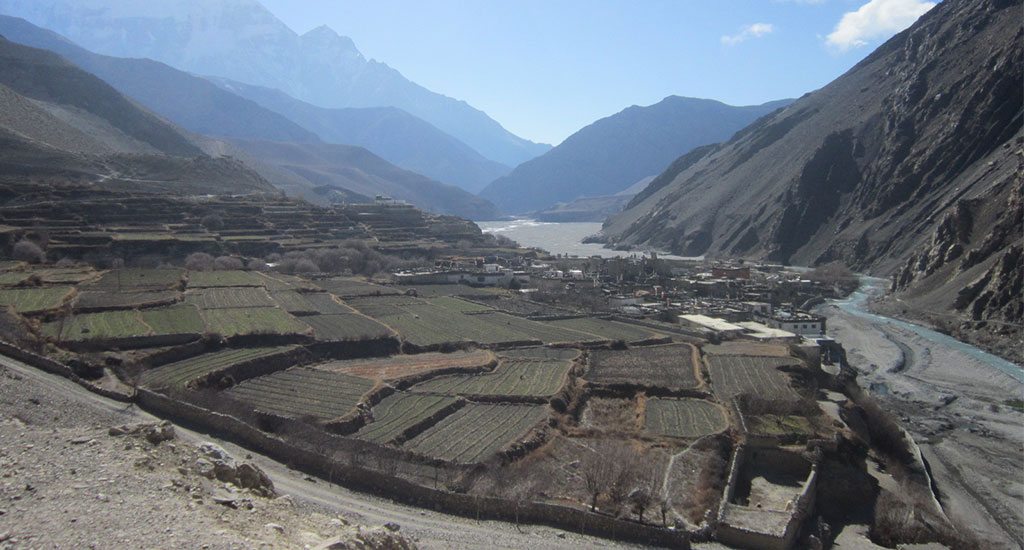 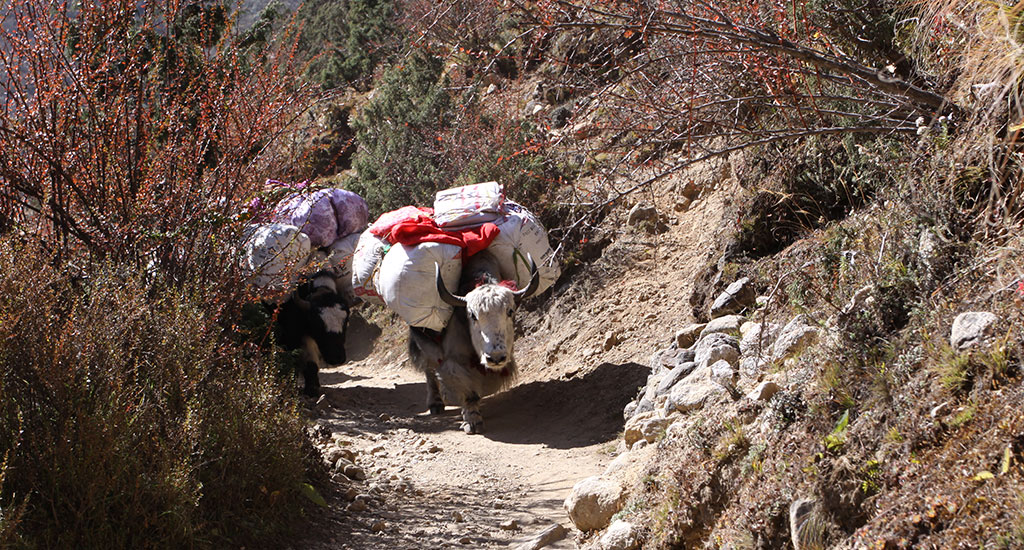 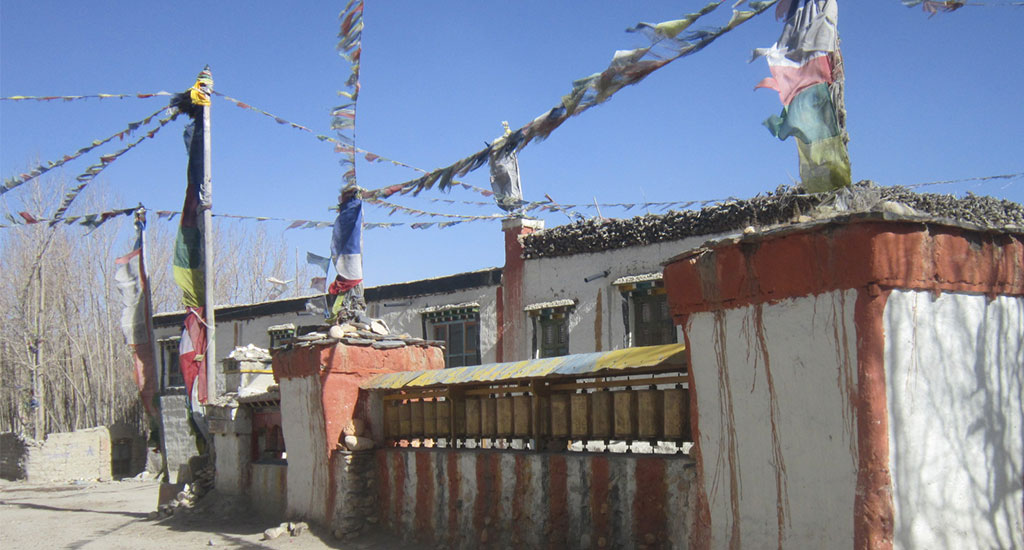 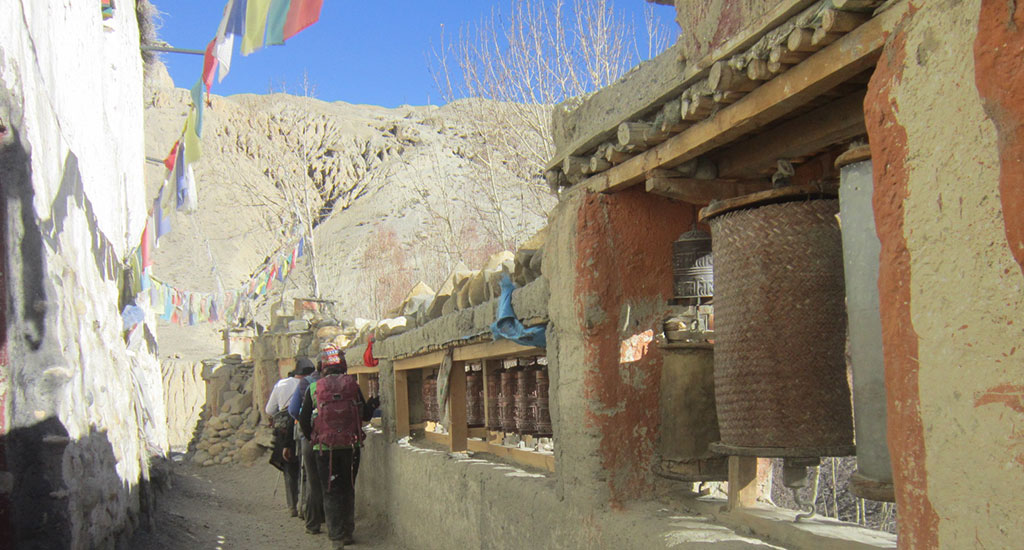 FLY BACK TO KATHMANDU VIA POKHARA

After breakfast at the hotel, commence the sightseeing tour of Kathmandu city, Swayambhunath and Patan city.

We take the short but scenic 30 minute flight to Pokhara in the morning, enjoying the views of Ganesh, Manaslu and the Annapurnas along the way. Pokhara, known as the ‘Lakeside City’ is popular for its beautiful and serene lakes: Phewa, Begnas and Rupa.

Once you reach Pokhara, check-in at the hotel. Pokhara is a remarkable place of natural beauty. At an elevation lower than that of Kathmandu, it has much more tropical feel to it; a fact well appreciated by the beautiful diverse flowers that prosper in this environment. The enchanting city with a population of around 95,000 has several beautiful lakes and offers stunning panaromic views of Himalayan peaks. The valleys surrounding Pokhara is home to thick forest, gushing Rivers, emerald lakes and of course, the views of world famous Himalayas. The serenity of the lakes and the magnificence of the Himalayas rising behind them create an ambience of peace and magic.

Devi's fall: Locally known as Patale Chhango (Hell's fall), Devi's fall is an amazing waterfall lying about 2 km south-west of Pokhara airport on the highway to Tansen. It was named after Devi, a Swiss lady who was swept away when the floodgates were accidently opened, never to be seen again.

Bindabasini temple: Bindabasini Mandir is of great religious importance to Hindus living in the Pokhara region. It is a vital hub of religious fervour. The temple itself is dedicated to the Hindu goddess Durga, who is Pokhara's chosen guardian deity. Durg a, also known as Shakti or Kali has numerous manifestations and at the Bindabasini temple she is seen as Bhagwati, a blood-thirsty aspect of the goddess. Durga appears in the form of a Saligram. A Saligram, according to Hindu mythology is a propitious stone. It is said that the temple was created after the goddess ordered king Khadag Bum Malla to set up her statue here. The Bindabasini temple was then founded in BS 1845. Since its establishment, Bhagwati has been an object of worship here on a daily basis. Animal sacrifices are typically presented at the temple on Saturdays and Tuesdays. The Hindu festival of Dashain sees large numbers of believers coming to offer sacrifices at Binhyabasini Mandir. Indeed, there is little space for tourist during the festival of Dashain.

We take the spectacular early morning flight to Jomsom (famous for its apples) where we will be met at the tiny airstrip by our trek crew. After some initial preparation of loads, we begin our trek to the pretty village of Kagbeni. Just out of Jomsom we cross a small suspension bridge and then walk along the River bank of the Kali Gandaki. The trail is flat and quite barren, with craggy rocks and sand littering the trail. This makes it very easy going. We will get magnificent views of huge peaks such as Dhaulagiri, Tukuche and Nilgiri, whilst to the South can be seen the entire Annapurna massif. Kagbeni with its narrow alleyways and tunnels, irrigation canals, fields of wheat and barley and a large red Gompa, give us a preview of scenes that we would come across in Upper Mustang. At the north end of the village is the police check-post. Here we will complete our paperwork before entering this long forbidden region of Nepal.

On the trek from Kagbeni to Chele we pass the beautiful village of Tangbe, with its picturesque traditional houses and fields of barley, buckwheat and apple orchards. We enjoy views of the magnificent Nilgiri peak and cross several ridges. After Chhusang village, we cross a stream and leave the Kaligandaki valley behind and reach the village of Chele.

Following a trail on the arid Tibet like landscape, we climb above the village of Samar to a ridge and then descend into a large gorge past a Chorten before entering another valley filled with juniper trees. We then cross a stream and after climbing to a pass, we descend along a ridge to Shyangmochen, a tiny settlement with a few tea shops. Nearby is Rangbyung, a cave containing stalagmites in the form of a Chorten and one of the holiest places in Mustang. The trail climbs gently from Shyangmochen and we enter another huge valley before descending to Geling, with its extensive fields of barley. Like in all settlements of Mustang, the white and ochre painted houses in Geling are constructed using mud and stones. The roofs are made of twigs, straw and a mixture of mud and pebbles.

Today’s walk is through perhaps the driest part of Mustang, and much of our energy will be spent negotiating the loose, dry soil. However, the magnificent views of the countryside, from the gentle contours of the north to the rugged mountains in the east and west, more than compensates for the hard climb. Finally, we come to Charang, a large spread-out village at the top of the Charang Chu canyon. At the eastern end of the village are a huge dzong [fortress] and a red gompa (monastery) which houses an excellent collection of statues and Thangkas.

We will spend part of the morning exploring the interesting village of Charang and its large monastery, before setting out for Lo Manthang. We climb gently above the valley to a large isolated Chorten that marks the boundary between Charang and Lo Manthang. The trail then broadens and eventually we get our first view of the walled city of Lo Manthang. The city has only one entrance so we circumambulate the wall to the gate on the north-east corner. We begin our return journey from Lo Manthang, taking the upper highland route. This highland route offers dramatic views of Lo Manthang and the Charang Valley, with snow clad peaks in the background. Just past the settlement of Lo Gekar, we reach the oldest monastery in Mustang, the Ghare Gompa.

Today, you are free to explore the fascinating city of Lo Manthang. The city contains about 150 houses, as well as residences for its many lamas. There are four major temples within the city and one of these, Champa Lhakang, contains a huge clay statue of Buddha as well as elaborates mandalas painted on the walls. Lo Manthang is also home to Mustang's former King Jigme Dorjee Palbar Bista who lost his royal title in 2008 after Nepal became a republic.The king's palace is an imposing building in the center of the city and is occupied by the ex-King. He is still respected by the people. Today also marks the commencement of the Tiji Festival. Monks don colorful costumes and masks representing divine beings and perform ritual dances. Sit out with the locals dressed in their traditional finery to witness this sacred ritual dance. The setting is most spectacular.

We continue our journey on the highland route, crossing alpine meadows before dropping down a steep eroded gully to Dhakmar for lunch. After lunch, we walk through the pretty valley, climb to a ridge and descend from there back to Ghami.

We descend on a pleasant trail to Samar, situated in a grove of poplar trees. This is a major place to stop for horse and mule caravans.

Now we must retrace our route back to Chhuksang.

Exit Restricted Area. It's a long and sad final day, passing back through Kagbeni to Jomsom where we end our trek. It's now time for us to take a nice hot shower. In the evening, we celebrate with the Sherpas and porters, whom we have come to know so well over the last 10 days.

FLY BACK TO KATHMANDU VIA POKHARA

We take a spectacular early morning flight along the Kali Gandaki gorge to Pokhara and catch a connecting flight back to Kathmandu.